An audio-visual collaboration with Sabine Bürger

The video 'Curtain' was filmed from the artist's studio window during a thunderstorm. The curtain appears to 'dance' in synchronization with the music whilst mysteriously changing colours. Accompanied by tracks from Machinefabriek's album Weleer, the combination of natural and artificial effects in both the visuals and the music complement each other perfectly.

The visual artist Sabine Burger studied painting and sculpture in Dusseldorf and London. She worked and exhibited widely as a performance artist and photographer before to turning to video art. Her interest in experimental electronic music has led to several video projects created in collaboration with contemporary electronic musicians. These video works explore the many parallels which occur when visual and sonic data are digitally manipulated. 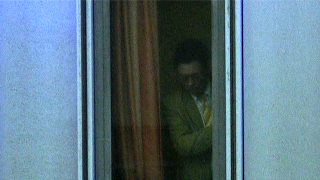 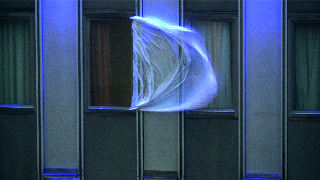