Score for the computer game Astroneer

Okay, not a film score, but I don't have a tab for game scores on this website...

Astroneer. I'm not a gamer myself, but this sci fi charm really is wonderful. No shooting and killing, but exploring and building, with fantastic visuals. The music has that sense of wonder, spaciousness and (at times) excitement that fits with the game, and I'm super happy with the results.

In the game, each musical theme has several layers, which are mixed according to the player's actions. So the music organnically builds as you play. On the soundtrack album, these themes are presented as fixed edits.

The music is released digitally and on cd. The compact disc 'only' has tracks 1-16 on it, 'cause the other ones were made later, when the discs were already pressed. These tracks are added with the download you'll get when purchasing the cd though, so you're not missing out.

The sudden development of technology for rapid space travel enables fast and inexpensive journeys to the stars. Exo Dynamics, the dominant conglomerate in the new field, has opened flights to daring citizens of Earth. Like the Yukon gold rush of old, waves of adventurers sign up to launch themselves into a new frontier, risking everything to seek their fortune in the far reaches of the galaxy. These are the Astroneers.

As an Astroneer, you must find a way to dig out a life on one of a multitude of harsh new worlds. Blast through the terrain to uncover precious artifacts and materials you can use to fuel your quest to become a wealthy baron in the stars. Along the way, discover oddities, raise questions, and uncover mysteries.

Find out more about the music in the game 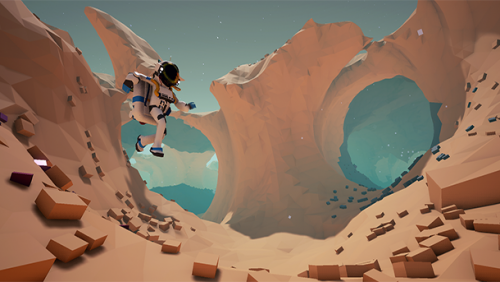 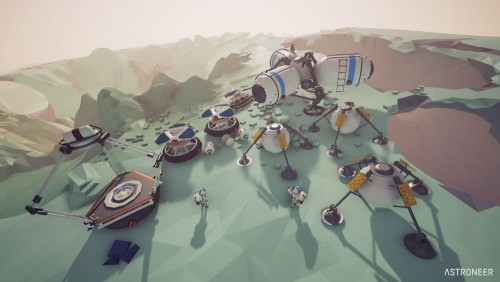 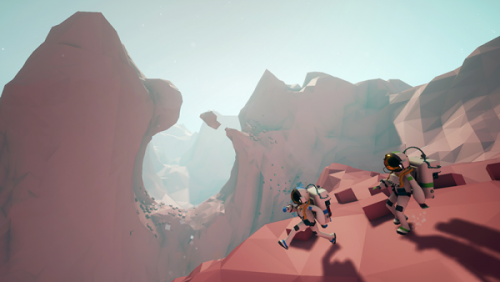