On the evening of Saturday 16 June, TENT presents four heavyweights of Dutch media art, who appear more often at innovative festivals than within the traditional white walls of an institute for contemporary art. Dennis de Bel, Machinefabriek, Geert Mul & Michel Banabila and Telcosystems have developed soundscapes, visuals and music performances specially for the ‘white cube’ of TENT.

Dennis de Bel has developed the installation Myspacebandcampsoundcloud for TENT. Three social platforms are transformed into an web-site-specific total-installation in which mice scurry around in a cage, four guitarists play music in a tent and a cloud makes noises. It is a sound piece, performance and sculpture in one.

The monumental audiovisual triptych THRIFT by Telcosystems has its première in TENT. Using specially developed software, Telcosystems improvise with abstract sounds that are simultaneously visualized in a triptych. They see the performance as a form of live cinema, an experimental audiovisual practice in which digital means are used to sharpen the senses.

Geert Mul and Michel Banabila present the first part of their long-term research project Sound of Identity, a study of the manifestations of cultural identity in image and sound. In two live-sets they combine video images with sound fragments of singing.

It has often been said that Machinefabriek looks more like a professor in a laboratory than a musician while he is performing. Patience and concentration are more important than the spectacle. For a whole evening Machinefabriek studies and manipulates the way sound behaves in the space and everyone is free to look over his shoulder while he works. In the blacked-out exhibition space he creates a new auditory world. 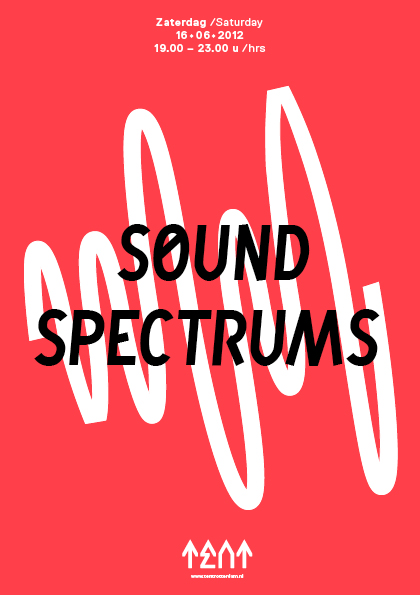