A live improvisation recorded at Fulldozer Fest 2014, 27 Sept 2014, DaDa, St-Petersburg. It was the first time we played together, but afterwards we agreed that it felt as if we were doing this duo thing for years... A great experience that's worth sharing, so we released the recording.

Order the release at
my Bandcamp (digital)
Spina!rec's Bandcamp (tape and digital)
or 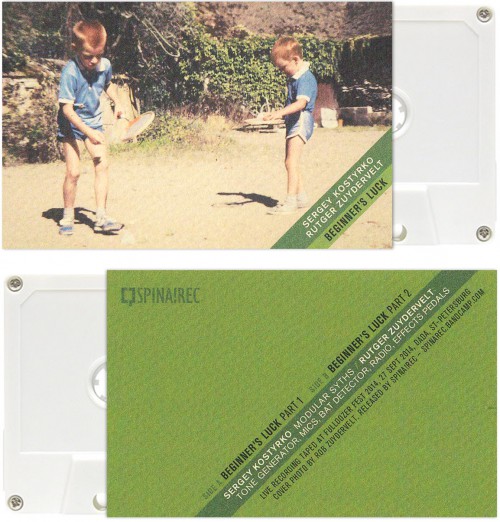