This cd was made for the International Film Festival Rotterdam 2008, for short silent films by John Price. Grainy stuff.

2008 gets underway with the irrepressible Rutger Zuydervelt further extending his prodigious discography, this time with a collection of sublime soundtrack pieces commissioned by American filmmaker John Price, whose works are about to be screened at the International Film Festival Rotterdam. This timely CD issue finds Machinefabriek in especially good form, with the opening twelve-minuter 'Camp Series 1' mimicking the wonderfully fusty turntable explorations of Phillip Jeck, delving into a pool of deep, thick vinyl crackle from some old 78, detuned and blurred beyond all recognition. Its dense, prickly atmosphere sounds as you'd imagine Deaf Center were they to be pressed onto wax cylinder. Next, 'The Boy Who Died', while composed from similar materials, has a much darker heart and a heavier noise presence with a few snatches of melody rising up here and there - we're starting to get into the realms of Deathprod or William Basinski. The Basinski influence is similarly apparent on the next piece, a short three minutes of guitar, treated with decaying effects reminiscent of the dilapidated pianos on Melancholia. 'Intermittent Movement' is a more obviously digital composition, featuring wide-panned percussive fragments and deep, dark bass drones. The rubble clears towards the end to reveal a cave-like echo chamber, filled with whirring and scraping sound matter. Finally, 'Camp Series 2' takes us back to the beginning of the disc with languid, wistful tones firmly in the grip of distortion and decomposition. We have 50 copies only, you know what you have to do... 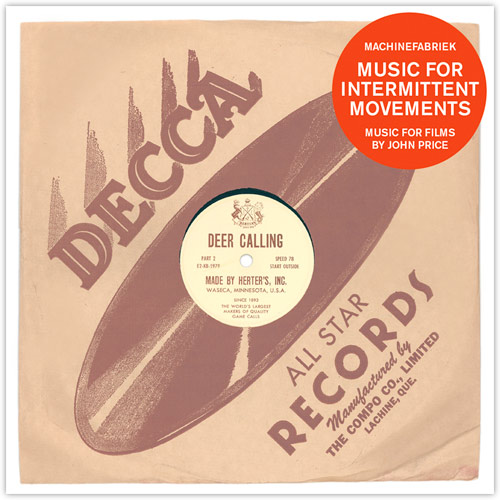