The plan for + arose from being a young parent, and dealing with the combination of working on music at the same time. Focusing on long-form music proofed challenging. So I came up with the idea to work on super short tracks that each could be made within a short span of time, and to do this with ‘a few’ collaborators. This concept worked out brilliantly (especially because of the enthousiastic responses from the artists I invited to join), and in no time the project grew a lot bigger than anticipated.

So, + is a selection of no less than 52 short pieces, each with a different collaborator. The variety is huge, with jazz cats, electronica wizards, classical players, and more. To name a few: Anne-Maria Houben, Dialect, Leafcutter John, Giovanni Di Domenico, Sylvian Chauveau, Christine Ott, Fredrik Rasten, etc. etc. etc.

Each contributor was asked to send a one-minute recording. No other guide lines were given (because I love surprises). These submissions were then treated/reworked into the audio miniatures you’ll find on the album. And it’s safe to say that these tracks are all over the place, stylistically

Next step was to sequence everything into a more or less coherent album. It’s up to the listener to decide if that mission was accomplished. But it surely is an intruiging trip.

I have a confession to make, and it's a big one... Hold on to your chairs or whatever you're sitting on... Ready? I own and or know hardly any music by Machinefabriek. So, there it is. The secret is out. I don't know why, I don't know how, because let's face it, somebody with such a high output, frequent live appearances, gazillion collaborations, etc. You would think our paths would have crossed at some point, but... Nope. And while listening to this soon-to-be-released album '+', I don't know why because there are some mighty fine sounds to be found on this.

'+' is a 52-track album with 52 collaborations between Rutger and others. To copy-paste the list is useless - just go to Bandcamp and read them all there - but to pick out a few: soccer Committee, Dirk Serries, Gareth Davis, Fani Konstantinidou, Leafcutter John and Christine Ott. Names are frequently seen in the field of experimental music and sounds.

The concept of the album is as simple as it is complex. Each artist was asked to provide a 1-minute sound of any kind, That was the only limitation, and there were no further guidelines as to what the sound should be or contain. So with the above names as examples, you can imagine the variety of sounds that were sent in. From drum loops and ambience to machine sounds and field recordings; A cornucopia. The reason for creating the short tracks is the simple part. New dad Rutger needed short tracks to work on between caring for the baby. The difficult part is to be original 52 times and make sure all different tracks can be found on 'the same album', and this is something that actually surprised me a lot because, even with the enormous dynamics in the input of sound sources, Rutger managed to create an album with extreme uniformity.

One test is left for me, but I'm saving that for another moment. Will the uniformity remain if you put this album on 'random shuffle'. Or was the order of the tracks carefully chosen to create a flow where the dynamics were as they are now. Because if so, this is not one
album, but this is many albums at once, and another dimension has been created. Well done dad!

While on the subject of an artist’s network: it sometimes seems that there are only a few artists in the electronic/experimental/improv scene that Machinefabriek / Rutger Zuydervelt has nót worked with. His immense discography (Discogs lists no less than 219 albums as Machinefabriek and 52 under his own name) features many collaborations, sometimes with a lot of people on the same release (most notable of these perhaps being 2021’s With Drums, and 2014’s Stay Tuned).

+ (Plus) refers to all the friends featured on this latest release: no less than 52 (!) to be exact… Rutger invited all of them to send him a short track, a musical idea not longer than one minute. The length was the only directive given for this: “because I love surprises”. He then treated or reworked the submission, adding his own fingerprint to the result. And finally, the last step was ‘to sequence everything into a more or less coherent album’.   That ‘coherent’ leaves some room for discussion, I guess… ‘The variety is huge, with jazz cats, electronica wizards, classical players, and more.‘  The diverse and often unclassifiable work of Zuydervelt in combination with artists coming from such diverse backgrounds is rather unpredictable and covers a wide range of experimental styles. But Zuydervelt has carefully arranged the sequence, for example by ordering them by their main instrument. Anyway, it’s coherent enough when you’re familiar with Machinefabriek’s diverse output.  As Rutger states himself: ‘it’s safe to say that these tracks are all over the place, stylistically. But it surely is an intriguing trip.'. 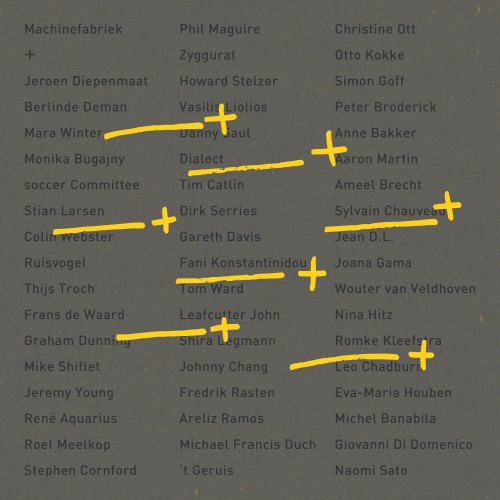 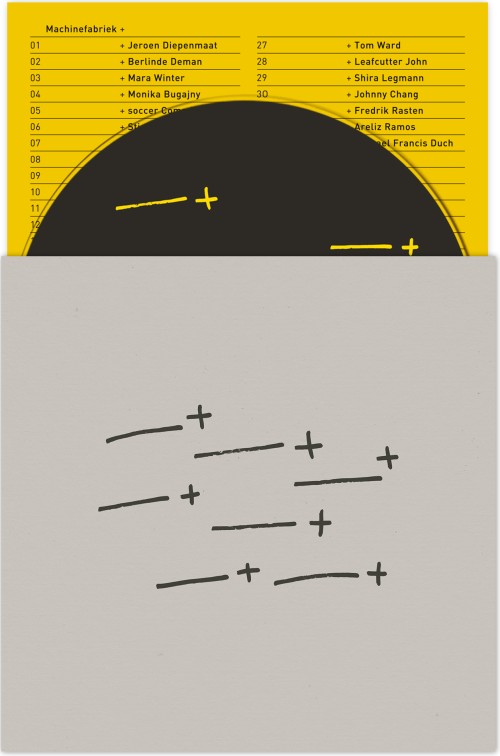