2017 saw the release of Italian violinist and modern composer Luca D’Alberto’s debut album ‘Endless’. It was an album filled with beauty and incredible layers of melodies that defined him as one of the most fascinating musicians and composers within the field of modern composition. Released on the new imprint 7K!, it garnered worldwide attention and praise and was nominated for a Liberia Award in the Best Classical Album category. ‘Endless Reworks’ is a journey behind the strings; a deconstructed reconstruction by a selection of some of the most interesting electronic artists of the European underground scene.

The world of ‘Endless Reworks’ is new and decidedly different. Without losing touch with the original pieces, the featured artists give us their own unique perspectives and take us in different directions. Freedom rules in this project; the goal is to show how pure acoustic neoclassical music can be turned into something leftfield, edgy and extreme. This is a journey to the worlds that surround the neoclassical scenes and showcases the constant changes that are happening within this ever-mutating and hard to define genre.

The album features reworks by artists as divers as Robert Lippok, Fabian Russ, Machinefabriek, Dæmon Tapes, and label mates Hior Chronik and Niklas Paschburg.
‘Endless Reworks’ is not just a new interpretation on Luca D’Alberto’s compositions: it is also an album that exemplifies how the world of modern composition is one of growth and exploration, supported not just by the classical genres but also by the strength of the electronic scene. It is a testament to where we are, but also to where we’re heading. Time will tell if this is just the beginning of a journey, and what paths we will end up taking.

Luca D’Alberto also announced a run of European dates, including a performance at the prestigious Elbphilharmonie in Hamburg.

The release of the album is accompanied by a chorus of visuals, each representing one of the four elements. These pieces were produced by Luca and Fabio (last name??) under the moniker BODA. "On Reworks great ideas emerged from fragments of music from Endless,” says D’Alberto. “And so ‘fragments’ became a key theme for this project. We decided to shoot fragments of fire, metal, earth and water to accompany the album’s release. 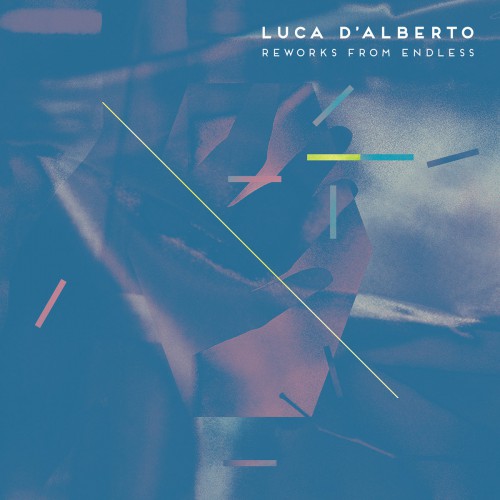