This track is my contribution to The Outlaw Ocean Music Project, for which musicians composed music inspired by Ian Urbina's book 'The Outlaw Ocean'.
___

In convening hundreds of musicians from dozens of countries around a shared artistic goal, this project is meant as an act of solidarity across geographies and languages. It is also an attempt at an alternative form of storytelling and an experiment in translation from the written word into music. On the simplest level though this is simply a captivating collection of inspired songs, which range from electronic and ambient to classical and hip hop.

All of the music is based on The Outlaw Ocean, a New York Times Best-Selling book by Ian Urbina that chronicles lawlessness at sea around the world. This reporting touches on a diversity of abuses ranging from illegal and overfishing, arms trafficking at sea, human slavery, gun running, intentional dumping, murder of stowaways, thievery of ships and other topics. While reporting for more than 5 years at sea, Urbina built an audio library of field recordings. It featured a diversity of textured and rhythmic sounds like machine-gun fire off the coast of Somalia and chanting captive deckhands on the South China Sea.

Sampling these field recordings and using recorded passages from the book, the musicians sought to capture the emotions in this journalism, while also raising awareness about the dire need to protect this offshore realm and the millions of people who work out there.
___

"'Storming The Thunder' was the first story I read in The Outlaw Ocean, and it immediately stood out to me. As a reader you can just feel the excitement of discovering the Thunder and chasing it. There's plenty of other brilliant stories in The Outlaw Ocean, but this one originally got me inspired, so it was an easy pick for my musical motivation. Since it is such a cinematic story, in my track, “Barker,” I try to evoke the tension and thrill of the hunt from the perspective of the Bob Barker chasing the vessel. Pursuing something after a lengthy search must have been an intense experience. Reading about it, I could almost hear the heartbeat of the ship's crew racing. That's the feeling I try to capture in my music.” 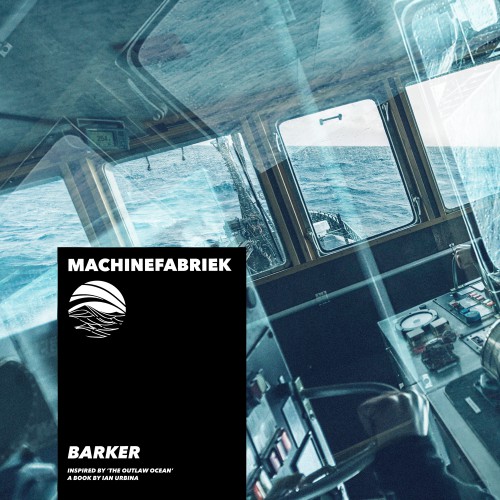