The idea of flying all that distance just to perform like I would normally do didn't appeal to me, so I decided to do something different. The idea was to translate my experience of being in Israel into a performance. 'Tapes of the Day' does that in quite a literal way.

Each of the days I had to perform (one dat in Tel Aviv, the next in Jerusalem), I took my portable recorder and walked through the city, going wherever the wind (or better: the sound) would take me. I limited myself by using 10 tapes, on which only one moment would be recorded. So I had to decide carefully when to press 'record'...

The moment I walked nearby a demonstration was specifically tense. "There's gong to be violence!", a man told me (which luckily didn't happen). 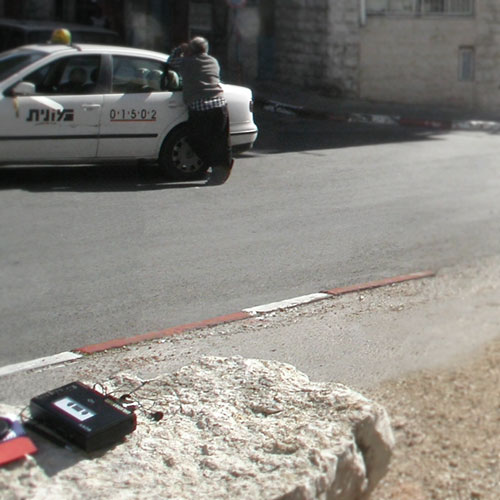