Music for a sculpture by Rob Voerman, composed by Rutger Zuydervelt. Originally presented on a three way speaker system, 11 and 12 September, in Beeldenpark Leidsche Rijn, Utrecht.

My only regret about this recording is that I was not there to see it. Recorded live last year in Utrecht, 'Loops for Voerman' depends upon spatiality. Even just between the speakers attached to my computer, the sounds move from side to side, droning into each other. There are harsh tones, there are light tones, there are in-between tones. But "in-between" is not really a word that does justice to this record, which is so exacting, so utterly planned that nothing surrounding it should be left to vagueness or chance. The recording is only 15 minutes, but each second is dense and unpredictable, although it falls into place without question. Most of the drones hang around, hungrily, after their shape has passed, and I do mean "shape," for each tone on this record is perfectly sculpted. The drones start, rise, hang, and start again, like the narrative arc of a screenplay, without the predictability of what will happen to characters. Near the end of the recording there are somethings that sound like voices, but I think they are just multiple tones, overlaid and overlaid. This is an excellent record, the epitome of what good â€“ original - drone is, and how haunting it can be. (9/10)

The more Rutger Zuydervelt's output has slowed down, the more he seems to fascinate. Despite only delivering a handful of new works this year, each new release has brought with it something new to the table, with this remarkable 15 minute disc containing the most intensely affecting Machinefabriek recording since last year's career-defining 'Dauw'. 'Loops For Voerman' was recorded as part of an art installation/sculpture by Rob Voerman but, oddly, doesn't rely on any visual association for its unique, almost harrowing quality. Bowed strings take on a metallic, razor-like identity, with vocal shards and found sounds arranging themselves throughout the looped cycle of the track, each time re-positioning themselves with an almost imperceptible shift of emphasis. The technical effect is similar to that created by Deathprod on the incredible 'Treetop Drive', albeit with a completely different sound palette, but the track is no less impressive in its execution, exposing ever expansive stretches of sound as the track unfolds. Originally performed on a three-way speaker system, one can only imagine the impact on the listener with all that extra movement of sound, intensifying an already overpowering aural experience and delivering one of the most valuable artefacts yet in the already mightily impressive Machinefabriek canon. Very highly recommended.

Loops for Voerman is an animal of a slightly different kind, though not one entirely unlike Glisten in spirit. In this case, Zuydervelt created a musical piece for an art installation sculpture by Rob Voerman (originally presented on a three-way speaker system in September 2009 at Leidsche Rijn Park in Utrecht) that's presented in a single, fifteen-minute form. It's a haunting work where bowed string tones scrape against, puncture, and repeatedly pierce a bed of gloomy twilight intonations. Though the piece may be predicated upon a loop-based cycling of sounds, it never feels repetitive in any strict sense but rather like a constant unfolding through alternating moments of metallic ebb and flow. The production methodology may differ from that used to create Glisten, but there's a kindred unsettling character to Loops for Voerman that holds one's attention. 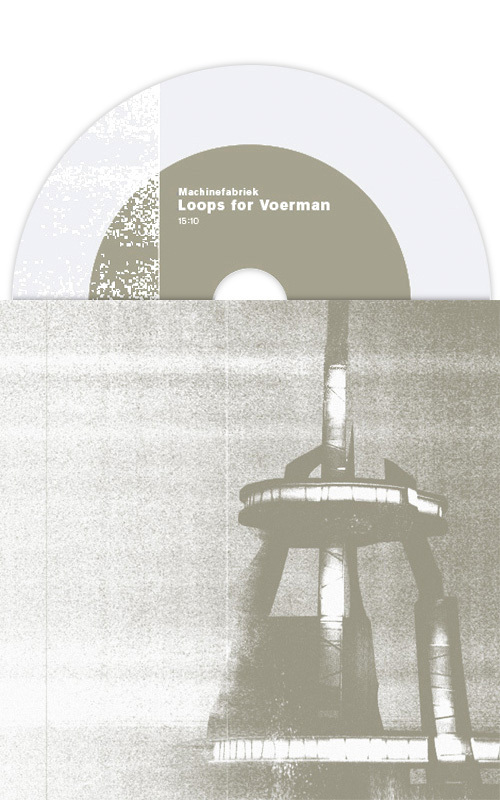