Sold out
But appears on the compilation Diorama

On cold winter days, when waking up, I really don't want to leave the bed. Its nicely warm and the rest of the house still cold. The area between sleep and being awake is a state I like. I sometimes hear voices, real or otherwise, and never know wether I am still dreaming or not. The only thing that lacks the bedroom, and perhaps for such a lazy reviewer not wanting to leave the bed not a bad thing, is a CD player. If I had one I would program it that 'Halfsleep' by Machinefabriek would be on repeat for a while in order to change the sleep-state into the awake-mode. This gentle seventeen minute piece seems to be the perfect music for that time of the day - although, when writing these words, its getting later at night, and it also makes great sense. Dreamy sounds of what might a music box played through a bunch of sound effects, slowly building up a bit, but never too much, and it takes a long time to wind down, with some eroding effect. An excellent piece of music.

This sounds like a gorgeous piece. Originally intended as a one minute soundtrack for a video poem, it has been expanded to a 17 minute movement that employs a twinkly, shimmering music box style sound. This is, to my ears, one of Mr Fabriek's most sublime efforts that takes the form of a fragile chamber ambient piece over being a piece of perplexing sound-art. Such a charming, tender and glistening slice of loveliness, 'Halfslaap' includes numerous download options. Limited to 150 in cute embossed Rural Route Club packaging....

...On works like these, the topic of sleep was simply a muse to Zuydervelt, an inspirational trigger to nudge the creative process into a particular direction. Halfslaap, contrarily, is obviously marked by a different take, one with a far more descriptive and perceptional quality. Its title, very much in the vein of the Slaapwell-philosophy, again takes the state between waking and reposing as its point of departure. But this time, the music doesn't simply work as a lullaby. Neither does it seem to be, somewhat against claims made in the press release, a "score for the strange sensation of heavy limbs". Rather, the composition has the air of a precise and remarkably realistic protocol, as though the artist were, absentmindedly and already beyond the threshold of consciousness, mumbling his impressions into a Dictaphone held in a hand resting on his chest, his grip gradually loosening, his voice a mere whisper, his breath slowed down to a couple of barely audible intakes per minute.

Zuydervelt is documenting the process of falling asleep rather than trying to make it seem pleasant, and the piece accordingly conveys the same sensation of reality slowly but unavoidably slipping away.

This almost scientific exactness is an immediate result of the way the track came into being. Written as an accompaniment for Disko, a short clip by Finish video poet J.P. Sipila, it was initially nothing but a hazy miniature. One can still hear echoes of the original, which incisively transformed Sipila's seemingly quotidian images of city life running both forwards and backwards in the opening sequence: The Halfslaap-theme consists of eight notes played on a glockenspiel or music box, its downward-bent curve already representing the gradual closing of eyelids overcome with fatigue. In its first incarnation, the notes are intermittently sent to the left and right channel, but as single notes are enriched into chords and supported by a deep, solemn ground bass, this gentle panning effect is traded in for a slowmotion-pulsation covering the entire canvas with a delicate film of shimmering bell-timbres. Shortly after the one and a half minute mark, however, a subtle change sets in. Rather than simply being sustained for a few seconds, one of the triads starts emitting distant echoes, as though it were suddenly turning into a ghost image. The piece continues undisturbed, but similar effects are now starting to affect the entire harmonic progression, sending delicate ripples through them and blurring the pristine clarity of the opening section.

This oscillation between stoic repetition of the same eight tones and their increasing infection will continue throughout the entire piece. It is a process comparable to the arguably most haunting scene in Semih Kaplanoglu's cinematic dream Bal: In the middle of the night, little Yusuf sees the moon reflected in a bucket of water. By tilting the bucket just ever so slightly, he causes the liquid to undulate, until its previously smooth surface has been entirely beset with myriads of concentric circles and waves constantly overlapping and breaking the neon light reflected on it into cascades of silvery-white sparks. Only at snail's pace does the calm of the original state return, as the moon rises again from this state of chaos, but in the meantime, something fundamental has changed inside the protagonist. On Halfslaap, the seeping advent of sleep is similarly symbolised by the flattening-out and disintegration of the main theme and the growing relative importance of warm drones empathetically washing over them.

And so it goes, for the entire seventeen minutes. And yet, there is an all-important detail that sets Zuydervelt's vision apart both from those of his colleagues and his earlier work: Having long accepted its decent into the comfort of darkness, the music reaches its destination only after it has ended.

Sleep is not a state between life and death here, neither a realm of Freud'ean obscurities nor a woozy wonderland. Paradoxically, it is always all of these things at once. It is deliberation rather than coincidence, therefore, if this EP should replace a hands-on resolution of the thematic material with silence: Halfslaap may be able to accompany the listener to the very border of this mysterious territory. But he will have to take those last steps alone.

Ahead of this Japanese interlude, Machinefabriek contributed to the Standard Form Rural Route series, adding to recent offerings by the likes of Damian Valles, Kyle Bobby Dunn, Martin Clarke, Alex Durlak or The Gentleman Losers. The single track presented here, Halfslaap, is more delicate and dreamy than Instuif. Built around sounds evoking the soft shimmer of a music box or a celesta, the piece never shifts from this template, but Zuydervelt emphasises occasional sonorities and tones by either stretching notes or bringing the warm tones of an organ drone up, as to apply some gravity to the otherwise wonderfully ethereal, dreamy and stripped down soundscape. While this is very much in line with other Zuydervelt's compositions, placed alongside Instuif illustrates how widely open the Machinefabriek scope is. Halfslaap is as delicate and exquisite as Instuif is sombre and textural, but the latter sits extremely well beside the contributions from Kleefstra/Bakker/Kleefstra and Liondialer, the context of this record being somewhat different.
4,6/5

Halfslaap is due to be released later this month by Standard Form on 3" cd-r as part of their Rural Routes series, which has also borne great releases by The Gentleman Losers and Kyle Bobby Dunn recently. Initially conceived as a one minute piece to soundtrack a Spanish video poem by Jani Sipila it subsequently sprawled to a seventeen minute lullaby which Zuydervelt himself describes as "a score for the strange sensation of heavy limbs as sleep slowly washes over the body", an appropriate description for the music box like sounds gently rubbing against the thinnest layer of ambient noise, slowly lulling out of earshot, there's almost a melody there but the pieces just never quite assemble themselves as you would expect. Instead they're just fragments which don't quite fit together, like the pouring of information your mind lets out as you drift off to sleep, none of which is entirely comprehensible. Things begin rather minimal but as the piece progresses notes start to elongate and fog in to one another forming a much more hazy atmosphere, in fitting with the concept. It's really a rather perfect piece to fall asleep to.

Standard Form's Rural Route series continues to solidify its reputation as a significant forum for work by leading experimental artists. Its sixth installment (as before, a limited-edition three-inch release) finds Rotterdam-based Rutger Zuydervelt presenting the gentler side of his Machinefabriek project in the form of a pretty, seventeen-minute dreamscape that came into being as a one-minute soundtrack to a video poem by Jani SipilÃ¤ before expanding into its now-fuller form. Throughout Halfslaap, chiming tones softly glimmer in the moonlight, washing over one another like warm summer breezes drifting in through one's window. In the piece's opening moments, tones resound separately but soon melt into one another; the music consequently grows denser as the hard edges of the single notes soften and the material turns liquidy, an effect obviously much like ice melting. The music unfolds in a generally downward arc as the tones slowly descend in a trajectory that parallels the decompression that settles in as one's body moves into a sleep state. Though Zuydervelt is a prolific artist who has produced a staggering volume of work under the Machinefabriek name, Halfslaap is nevertheless a notable addition to his discography for being so unusually lullaby-like in character. 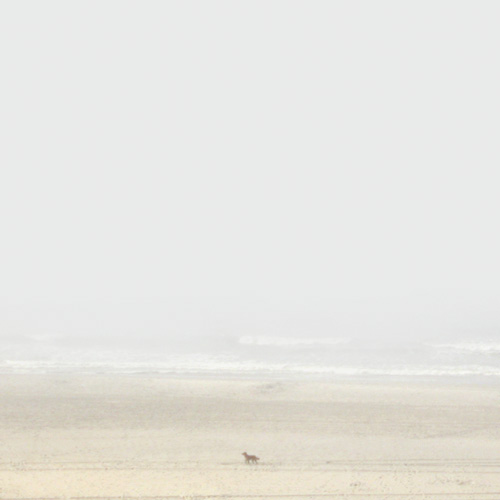