what it seems to be

This release presents the soundtrack of the installation ’what it seems to be / wat het lijkt te zijn' (2012) by Sarah Payton, soundtracked by me.

It stands a stone's thow away from the Buiksloterweg ferry stop in Amsterdam Noord. With its rough concrete and rusting steel, the viewer fits in well here on the northern shores of the IJ. One could almost think it's always been here. But the viewer is a temporary artwork for public space, from the Amsterdam-based artist and filmmaker Sarah Payton. Check this video.

You look through the eyepiece expecting to see the central city, but instead you are offered video images of the city. Glimpses of people and buildings, neighbourhoods and industrial areas. There is music, a melancholy soundscape from Dutch artist Rutger Zuydervelt (Machinefabriek), and the voice of a woman, speaking about the the city. She speaks about things, such as a journey to another country, the properties of water, and the wizard of Oz. Of potatoes, immigrants and homeless men that she encounters in the city. Threaded throughout is the search for a story in which everyone in the city could feel at home.

“What it seems to be” is the latest cassette release for the Dauw label. The audio contained therein is taken from an art installation by Sarah Payton set up in Amsterdam Noord that is a meditation on the city itself. Side A contains Payton’s spoken words with accompanying music by Rutger Zuydervelt, and Side B is the instrumental version of the piece. Even without the visuals and reduced to a listening experience, “What it seems to be” is an evocative mediation on shifting consciousness at the personal and social levels that is deeply engaging.

Payton’s words offer a thoughtful introspection on the ever-evolving nature of being an individual as set against the broader backdrop of an evolving national and global consciousness. Her words speak of things that are objectively tied to a culture while penetrating into small glimpses of the highly subjective experiences of specific individuals within that culture. In under 30 minutes, Payton covers a lot of ground: abstractions on the natural world, global perspectives on subjective experience, space and time, the physical and the metaphysical, the philosophical, and even the root science underlying personal experience, to name just a few of the big concepts she touches on. In a sense, Payton’s words articulate the way that culture becomes a sort of blurring point between objective and subjective experience.

Taken in isolation, Payton’s words and delivery are focused, but Zuydervelt’s sounds give the piece an emotional centre that ebbs and flows with the ideas expressed in her words. The dynamic between the sounds and the words gives the piece an almost stream of consciousness interplay between the words and the underlying sounds. The music rises and falls, almost as if to punctuate each sentence as a whole idea in itself. And each cycle of sound, even though similar to the last, seems unpredictable: Zuydervelt can add something as simple as a thick boom of bass that turns things from nascent to omniscient. There’s an emotional tide that seems to move across the piece alternating form serene to somber to threatening in a matter of a few bars. Zuydervelt’s role seems to be to maintain tension in the narrative but never overtake it. He also refuses to let overt emotion crowd the piece so as to allow the audience soak in the words and interpret them independently in the context old his/her own experience.

“What it seems to be” works in both its instrumental form and as the full-fledged art installation it was originally intended to be. Having both versions on a single platform provides useful insight into how Zuydervelt’s music supports Payton’s narrative – the sounds create just enough mystery to act as an invitation to the listener to explore Payton’s words again and again. And for the Dauw label, it’s a fitting end 2017: as consistently immersive and melodic as anything they’ve released all year, but offering enough boldness to encourage listeners to come back and see what comes next for the label in 2018. 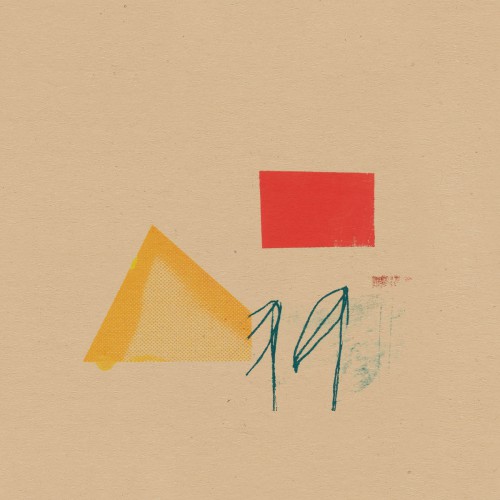