Stream or order Dwaal/Wold at
Bandcamp or

Some years ago, I witnessed Dutch experimental music specialist Machinefabriek live in the beautiful Luchtbal venue in Antwerp. Before he began, Rutger (Zuydervelt, the man behind the project) told the audience that this show could best be enjoyed with your eyes closed. So I closed my eyes and allowed the music to take me away from there. It worked pretty damn well too. I really enjoyed the strange and alienating gig.

This album contains two tracks, both about eighteen minutes long and completely out of this world. Both are droning experimental ambient tracks, regularly crossing the boundaries between ambient and noise. Once again, these are best to be enjoyed with closed eyes and open mind. It's not exactly easy-listening music but certainly worth your attention. Although, I must say, especially 'Wold' is a beautiful minimal drone anthem.

There actually isn't much more to say about this album. It excels in minimalism, a bit like I'm used to from Machinefabriek. Warm, comforting drones and far away hints of melody, that is what ever fan of this genre wants and Machinefabriek certainly delivers. So ambienteers, get your hands on one of these tapes and allow yourself to dwell in the wonderful world of this Dutch act. You will not be disappointed...

Speaking of ‘no sign of slowing down’: Rutger ‘Machinefabriek‘ Zuydervelt only seems to increase his speed of releasing new albums: blink twice and his catalogue has changed. But even more impressive is that he is able to retain a very high quality level on all of his work.

Dwaal refers to ‘getting lost’, and I’m not sure about Wold but I guess it could be local dialect for ‘Forest’. So there you have it: the best description these soundscapes can get. Imagine a fog so thick that you cannot see your own hand when you stretch it out in front of you. Then imagine you’re walking through that fog in an unfamiliar landscape. (It’s a flawed comparision, I know, since this weather condition usually means complete silence and abscence of wind. Still: it is precisely that kind of feeling the multiple layers of white noise, distorted hiss and weirdly subtle details evokes. 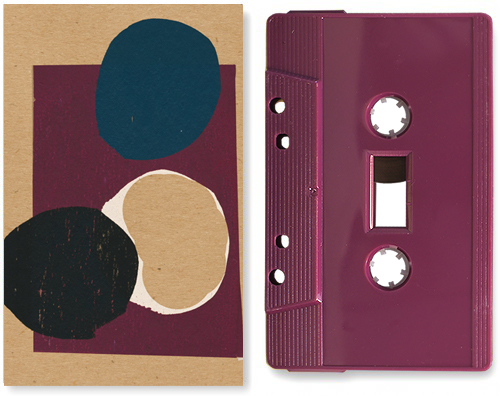