Rutger Zuydervelt, a man better known to the experimental music world as Machinefabriek is somewhat prolific; a fact you might have gathered from his steady flow of super-limited edition 3" cdrs which seem to slip out relentlessly month after month. American multi-instrumentalist Aaron Martin is possibly less productive only having one full-length album to his name so far, but he is no less intriguing and between them the duo have come up with a project which is far more than the sum of its parts. The 'Cello Recycling' project was originally commissioned for use in an art gallery; Zuydervelt took cello improvisations from Aaron Martin and built them into the slow-burning post-ambient monster that is 'Cello Recycling'. However here we see the original piece accompanied by Aaron Martin's take on Rutger's work, where he 'drowns' the original piece in a bath of murky water taking into submerged directions it has never before drifted. The two pieces together are perfectly complimentary showing two sides to a tarnished coin, one giving us pent up emotion, fizzing and shuffling awkwardly until it explodes majestically, the other giving us peaceful reflection as seen through the eyes of a serial killer who has just completed his final gift to the world. An inventive and incredibly beautiful look at the cello as an instrument and noise making tool; this is an absolute must for fans of post-classical music, the droning beauty of Stars of the Lid or even the moody post rock of Godspeed You! Black Emperor. Moody, kinetic and hugely enjoyable stuff, this needs to be played loud and absorbed totally.

Aaron Martin's debut album 'Almond' showed him augmenting his fine, semi-improvised cello playing with folk instrumentation and digital samples, accessing a fertile middle ground between performance and production through computerized intervention. Enter Dutch producer Rutger Zuydervelt (aka Machinefabriek), whose copious flow of 3" CDs have marked him out as one of the most prolific artists around. 'Cello Recycling' sees him treating Martin's fragmentary cello parts to an avalanche of reverb, distortion and glitchy rearrangements to create a vast, vaparous and resonant example of murky post-ambient. On this disc it's partnered by 'Cello Drowning', in which, intriguingly, Martin embarks on what could become a neverending spiral of recombination, recontextualising Zuydervelt's initial version of the piece with a
contrasting production job of his own. Whereras 'Cello Recycling' feels claustrophobis, 'Cello Drowning' introduces running water and an environmental sense of space, drawing the original cello lines back into the foreground of the mix. Therre's no right answer - both pieces are convincing.

The best Machinefabriek tracks are like the weather. Gaining and emitting momentum like a storm passing by. Crackling magically as if the atmosphere was about to explode. Droning thickly as if you could actually see and hear the process of darkish moss entwining a stone. Shadows moving gracefully, cast by clouds. "Cello Recycling" is just such a track.

To create it, Rutger Zuydervelt, the man who is, sounds and works like a Machinefabriek, took cello improvisations from American multi-instrumentalist Aaron Martin to create more than eleven minutes of majestic but always invigorating ambience through digital processing. Apparently, this piece was originally commissioned for an art gallery. I don't know how it was used there but "Cello Recycling" is so visually evocative that I cannot imagine it accompanying or contributing to any other visual work of art. Admittedly there's not exactly a shortage of drone records these days and you might be irritated by the hype surrounding Zuydervelt and his almost biweekly release schedule but this track is just so much better than other releases in the same field.

This ep on the ever-reliable Type imprint pairs "Cello Recycling" with another turn of the screw, a reworking of Zuydervelt's track by Aaron Martin himself. This track, then, is Cello re-recycled, but it is actually titled "Cello Drowning" as Martin respectfully murders the track in the trickling waters of a dripstone cave. A fascinating new track evolves in the process, not unlike Tim Hecker toying with Elegi's hard drive. The ep format â€“ available on cd or 10" â€“ allows both tracks to reverberate just as they should.

A lot of Zuydervelt's self-released cdrs are out of print and the 2cd-collection 'Weleer' has proved that Machinefabriek tracks determine their own format, making it difficult for anyone to put them out of context. This uncompromising ep, however, iseverything Machinefabriek admirers could ask for: a widely available release on a perfectly fitting format, exhibiting some of Zuydervelt's and Martin's best work to date. 10/10 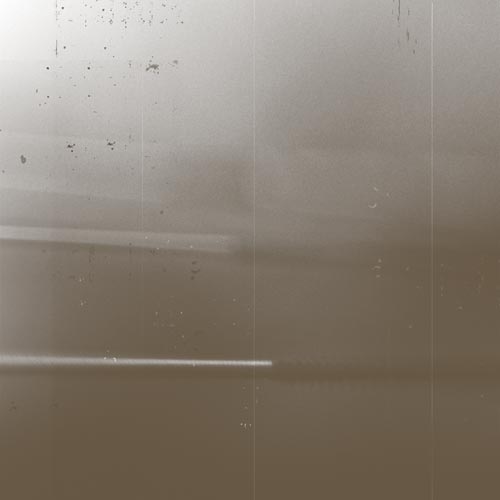