This cdr consists of edited live performances. The last track was released before, as 3-inch 'Allegskens', but is slighltly edited.

AQUARIUS
As is the case with Aidan Baker and Nadja, it almost wouldn't seem like a proper aQ new arrivals list without the presence of Machinefabriek, aka Rutger Zuydervelt, so we're quite relieved to have both. Actually, all three.
This latest Machinefabriek recording captures three live performances, all in Amsterdam, recorded between 2006 and 2008 all looooong, the shortest 16 minutes, the longest 22.
All three performances find Machinefabriek in fine form, offering up thick billows of warm guitar shimmer, fluttery staticky ambience, and at one point some uncharacteristically heavy super distorted metallic guitar, but here, it's not so much metal as simply a mighty drone, thick and throbbing and super intense. There are long stretches of near silence and super minimal high end drone, glimmering slow building crescendos, squalls of distorted choral buzz, warm whirring metallic reverberations, shimmery almost new age and dense black dronemusik, all the stuff we love about Machinefabriek, BUT, and this is what makes this disc so good, is that live, while still being dynamic and subtle, Zuydervelt also proves to me way more intense and aggressive than on his recordings. And thus, we must recommend!

BOOMKAT
Vloed is the Dutch word for 'Flood', which is a fitting album title for a man so prone to deluging his audience with his relentless creativity. This latest from Rutger Zudervelt compiles three sets, all recorded in Amsterdam over the last two years. One of these has already been released as a 3"CD-R (the third piece, capturing the performance at Oude Kerk in 2006), but it's still something worth revisiting, especially within the context of this album, where it finds itself in the company of two similarly restrained and detailed drone pieces. The dynamic range on show throughout Vloed could serve as an example to all ambient composers, moving from hushed, low volume vapours to surging towerblocks of sound - something best illustrated by the transition between micro-feedback signals and floor-shaking low frequency guitar sustain on '19.10.2007 Bimhuis, Amsterdam'. Arguably the finest piece amongst the three is the most recent. Giving you an idea of just how rapid the turnaround is in the world of Machinefabriek, one of these recordings was made just last month, and since then, Zuydervelt has somehow found time to edit the music and get it released. That's quite some work ethic. Anyway, it transpires that this is the real standout on the disc, capturing an ascendance from infrasonic low-volume bass into a swirl of finely processed choral loops, melded together by waves of subtle distortion and filtering. Another top class Machinefabriek release, limited copies only in stock. 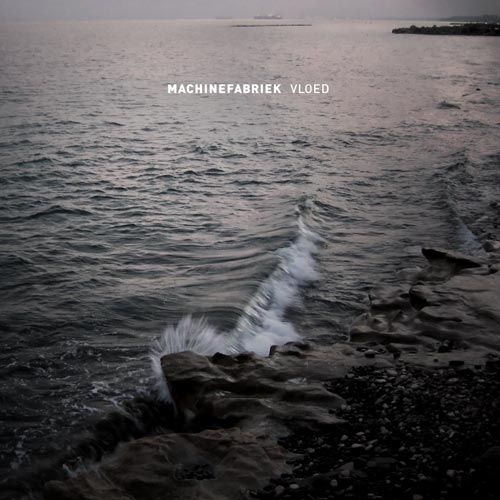