Soundtrack for Die Kartenmacher Aus Gotha, a documentary by Otto Schuurman and Joachim Jäger. A film about the (former Eastern) German Gotha Geographical-Cartographic Institute, from the foundation in 1785 by cartographer Justus Perthes, to being sold by then-owner Stephan Justus Perthes the 1990s.

This new digital-only release by Dutch artist Rutger Zuydervelt is listed as a soundtrack for a documentary about the German Gotha Geographical-Cartographic Institute, though I can find very little info on what that is or what the documentary is about exactly. Still, this is a very beautiful collection of minimalist tracks that are in general far more accessible than much of his other work, featuring simple figures on piano, clarinets, chimes, and sparse electronics. My favorite track is the 11+minute “Hegemonie”, which drones on various strings with some strange rattling percussion, and is almost industrial in its bleakness. 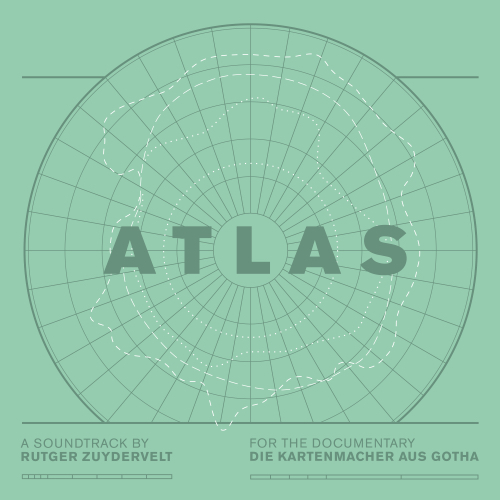