Birds in a Box

Edited performances that Stephen and I did for the send+receive festival 2010, presenting our Box Music project.

We did two concerts: one at Urban Shaman gallery in Winnipeg and one at Casa Del Pololo in Montreal. The idea was simple: Stephen and I gave eachother a box, filled with small objects, with the purpose of creating sounds with them. The moment we handed eachother the box, that was the start of the gig. We had no idea what the other had collected and what we would find once we tear off the tape (an action that was also part of the concerts).

It was great fun. 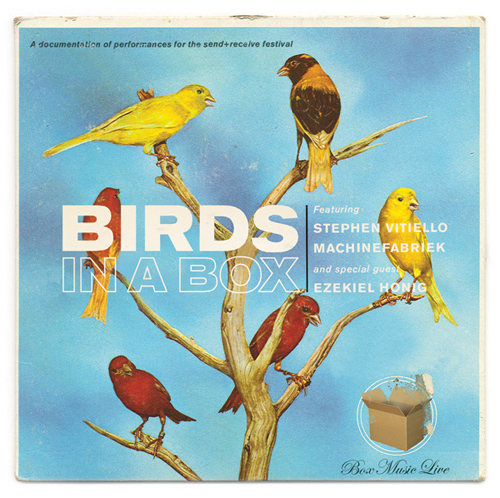