Another extremely limited, majestic 3"s of vital electronic music from the house of Rutger Zuydervelt. It shall forever be a mystery to the mere mortals among us that this feller is able not only to maintain an unfeasibly high standard of music over his increasingly regular emissions, but actually improve as he goes on. "Huis" finds Zuydervelt recruiting instrumental assistance from a host of performers including new Type signee Peter Broderick (who contributes balalaika, viola and celeste among other instruments) and cellist Aaron Martin, who here gives a preview of the forthcoming Cello Recycling / Cello Drowning 10" he recorded in collaboration with Machinefabriek. It's in no small way a remarkable feat that in the space of just twenty minutes this disc manages to condense an album's worth of ideas into a minuscule, pocket-sized package. The opening three minutes of 'Welkom Thuis' serve as a gentle, glacial opening to the disc, the rising crescendo of drone, environmental sounds and fragmented piano functioning as a kind of dawn chorus setting the scene for this breathtaking body of work. There's an insanely varied selection of ideas here - Zuydevelt is so adept at condensing big ideas into such tiny spaces. There are pieces here that take on shimmering, music box-style brittle atmospherics ('Slaapzacht'), or slow motion chamber music ('Afgebroken Flats In Presikhaaf'), and then you'll get something like 'Droog Water': an impossibly marvellous piece of music, cramming clattering field recordings in with a stunningly effective combination of piano and strings all punctuated with the utmost patience in phrasing terms. It's an absolute delight to the ear. Quite how Zuydervelt could bring himself to shut the whole thing down after just two-and-a-half minutes is a mystery. It's the fact that these pieces are so fleeting that makes this disc so precious, you get a genuine sense of the value of every note, every microscopic gesture. Frankly, if there was an hour's worth of material here, spread over the industry standard 5" disc, Machinefabriek would be outright spoiling us. It'd be like drinking a fine wine in a pint glass. Anyway, in summary: you'll be needing one of these.

Rutger Zuydervelt´s musical repertoire continues to expand and evolve, "evolve" being the key word here. In contrast with the series of long drones he has been releasing for the past couple of years in dribs and drabs, he now presents ten brief, radiant miniatures. On Huis he enlists the input of a number of musicians whose contributions - often nothing more than a chord or two - he treats with the dexterity and steady hand of a man building a ship in a bottle.

Aaron Martin has previously played cello with Machinefabriek, and he is now joined by a pianist, vocalist, and multi-instrumentalist named Peter Broderick who plays the violin (both stroked and plucked), balalaika, trumpet, harmonium and musical saw.

Zuydervelt applies brushstroke treatments and quiet crackles and hiss to these minimal acoustic fragments. It is like being invited into a house where each room is decorated in a different, delightful style. 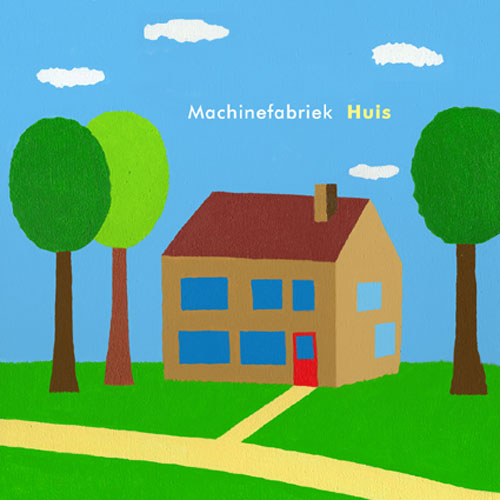