1. Ghost Lanes > listen to a sample
2. Mackerel Sky (only on the vinyl version)

There's something irrefutably synergetic about the music these two musicians are making, and after countless releases - both as a solo artist and as a collaborator - Rutger Zuydervelt might have found his ideal foil in clarinetist Gareth Davis. We've barely finished listening through this duo's inaugural release, Soundlines, when along comes another bulletin, this time in 3"CD form, housed in a well-dressed oversize package. The timbral mixture these two concoct is an alchemic blend of elegant guitar drones, crackling, uninterpretable field recordings and cawing reeds. At times Davis' contrabass playing brings to mind the avant-garde, self-distorting trumpet style of Arve Henriksen; at once lyrical and unnatural, but a resoundingly unique voice nonetheless. Perhaps more so than in any other Machinefabriek projects, there's a humanity - and moreover, a darkness - ingrained in this music that points to exciting new material to come. Recorded in an Amsterdam studio last month, all in a single take, this 3" disc has barely taken any time at all to reach us, here's hoping a full-length album isn't too far away.

Machinefabriek and Gareth Davis release a 2nd CD this week full of the fruits of their experimental behavior. I don't now much about Ghost lanes aside from it's limited to another 100 copies job and it's packaged in a lovely oversized 3" thing. Musically it's pretty far out there sound art gear. It's eerie and dark as well.... strange noises drop in and out of the crackling lulls making you feel genuinely uneasy. To me it sounds like a soundtrack to an old Jan Svankmajer animation with rusty nails and springs all moving around bits of meat albeit more digital. Gareth's clarinet interjects Rutger's loop pedals and guitar and if you stick through the track from start to end you'll be treated to a magical 23 minute journey. Bang on some headphones, whack play, close your eyes and you won't be disappointed. I reckon this is a bit special! 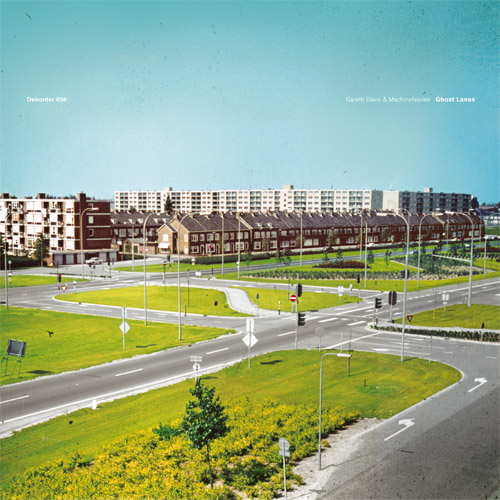