An installation in collaboration with STIL Buitenruimtes

'Requim voor Polderplanten' was part of the festival Polderlicht 2007.
The festival took place at a construction site, and for this project the plants that originally grew here are now placed in a portable research lab, that functions as some sort of Arc of Noah. You'll find plants, notes, books, a cup of coffee and a fan in this office. And there's Music is playing. A piece made with transformed variations of what was actually a cd with 'Music for Plants'. The new piece is called 'Onkruid' and was released on a 12-inch lp on A Room Forever. That record is sold out, but the piece is also on the compilation 'Daas', released by Cold Spring in 2010. 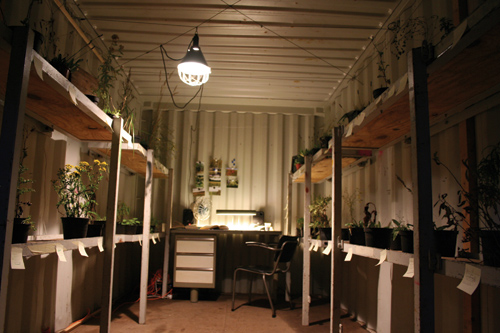 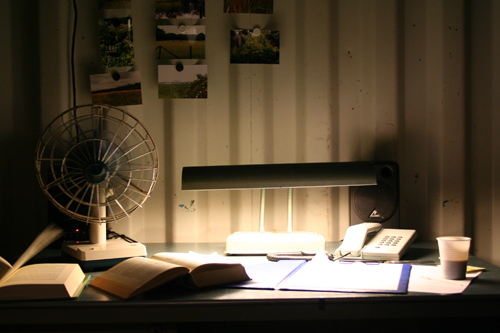 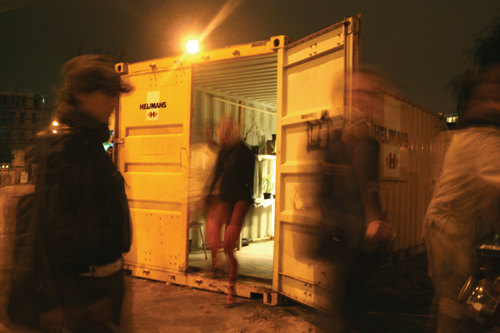