Two 10 minute compositions that can be heard as a sonic portrait of Rotterdam's famous Erasmus Bridge, 'The Breathing Bridge' and 'The Breaking Water'. Sounds recorded on and under the bridge, as well as in the water of the Nieuwe Maas are layered and process to create 'films without image'. The calm waves of the water, the ever continuous noise of cars and trams that cross the bridge, and the sound of the bridge itself, being exposed to various forces of nature. These all form an important aspect of these dramatic pieces, that were played at the film festival, in a darkened cinema room.

Visit the IFFR page
Listen to 'The Breaking Water' 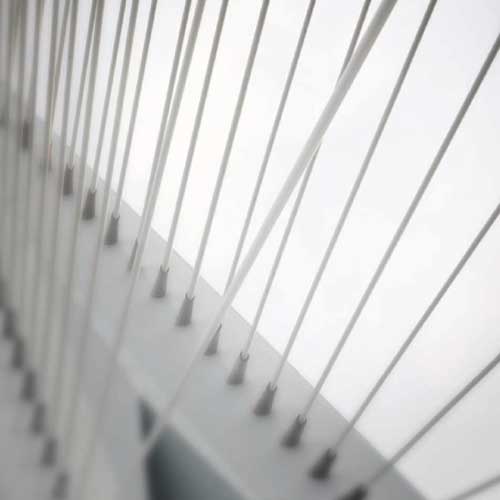